Tobago Assemblyman, Farley Augustine gave sound advice to the incoming USC Associate Student Body (ASB) Executive on Monday, October 8, 2018, during their Inauguration Ceremony. The event was held at the Social Sciences Auditorium from 3:15 pm and in attendance were students, faculty, staff and administrators.

Farley’s address was guided by the ASB’s theme for the event, “Emerge: Your Destiny Awaits.” He began by giving context and meaning to the theme.

He noted that emerging sometimes takes that physical uprooting of yourself from where you are to where you need to be positioned. He continued by urging the executive to have integrity and be honest.

At the event, students were treated to a show-stopping display of dance moves as members of the new ASB executive marched to their awaiting seats, with students cheering loudly as the excitement grew.

Following the dramatic introductions, Dr Wanda Chesney, Associate Provost of the University encouraged and applauded the ASB. She urged them to look for opportunities to extend themselves and to lead in a way that will make a difference and impact on this University. “I have seen in the past that those students who aspire to leadership move on later in life and embody positions of leadership. So, this is a natural trajectory. Once you get this experience, you normally move on to positions of leadership as you move on in your career” she said. 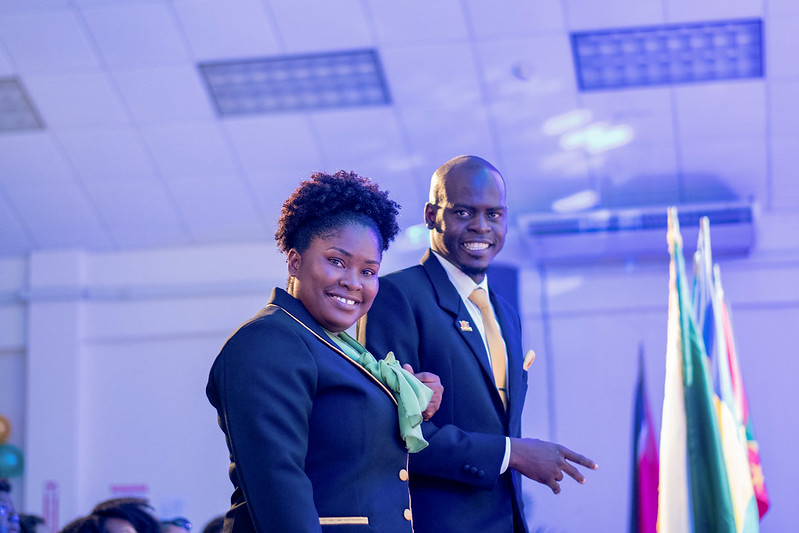 Addressing the student body as the newly installed ASB President, Jamel Providence gave a motivational address to both his team and the student body. He began by recognizing USC’s own national hero, Sariah Estrada who received the Humming Bird medal for gallantry at a National Awards Ceremony held on Republic Day.

Providence encouraged the student body to be assured of their identity and assured students by saying, “We are not here to serve ourselves, but to serve you.” He also acknowledged his team, the subcommittees and the ambassadors present, describing them as hardworking, dedicated servant leaders.

The event culminated with a Pinning Ceremony where the outgoing ASB President, Mr Randy Dixon proudly pinned badges to the new executive’s attire, signifying the passing on of the baton.

ASB officers will serve a one-year term, which commenced at the beginning of the 2018-2019 academic year.